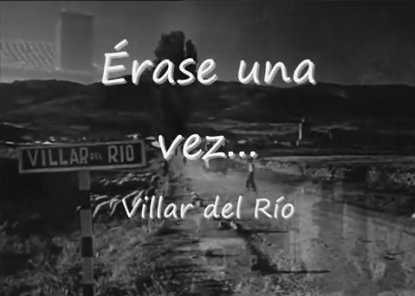 MADRID (Reuters) – Spain’s austerity measures, including wage cuts for state workers, have yet to calm market concerns over whether the government can slash its deficit and restore economic growth.

Spain has so far avoided falling into Greek-style financing problems, but the unpopular Socialist government still faces near record high borrowing costs and a backlash from opposition parties calling for deeper reforms.

An overhaul of labor laws, seen key to reducing 20 percent unemployment and stimulating an economy that emerged only feebly from recession in the first quarter, has not gone far enough, according to opposition parties who will push for amendments to the reform.
Some economists forecast a double-dip recession and any potential growth could remain soft for a long time to come, as Spain has been left uncompetitive after a decade of inflation higher than the euro zone average and high levels of household and corporate debt.
Following are some of the key factors to watch:

LOSS OF CONFIDENCE IN GOVERNMENT

Spain’s Prime Minister Jose Luis Rodriguez Zapatero’s hold on his Socialist party is still firm and calls for him to step down from the main opposition party have cooled, for now.
However, the Socialists struggled to pass key reforms needed to get the economy motoring again and have lost their once tight relationship with labor unions.

The government squeezed its austerity plan through parliament in May by only one vote, and in June labor reform passed only because opposition parties abstained en masse.
Zapatero faces a tough test over the 2011 budget in the autumn, when he will try to lay out spending cuts, and unions have already scheduled a September 29 general strike. Potentially the opposition could force an early election voting against the budget.

Polls show the Socialists, whose term is up in 2012, trailing the opposition by about 10 percentage points in an early election scenario.

-Signs the government can no longer count on the support of key minority parties, such as Convergencia i Unio (CiU) and the Basque Nationalist Party (PNV).

-Any criticism of Zapatero from within his own party.

Investors will keep a close eye on the government’s pledge to slash the public deficit to the EU guideline of 3 percent by 2013, from 11.2 percent of gross domestic product in 2009.
Central to achieving that will be a 15 billion euro austerity plan announced in May in addition to an earlier 50-billion-euro plan, plus a July increase in the value-added-tax by two points. Some analysts say the measures do not go far enough.

The government has pared back its previous optimistic forecasts for growth. The economy is now expected to contract slightly in 2010 and then expand by 1.3 percent in 2011.
If growth remains weak, then tax revenues will be lower than expected and social spending possibly greater, making the fiscal targets harder to reach.

However, Spain faces less immediate pressure than Greece over its financing needs as its public debt-to-GDP ratio is one of the lowest among OECD countries at 55.2 percent in 2009.

-Budget details on austerity. Will public opinion oppose more cuts? Spain’s autonomous regions, which account for around half of the country’s spending budget, will also be key if measures are to have any success.

-Any further move by ratings agencies to lower their outlooks on Spain. On April 28 Standard and Poor’s downgraded Spain’s credit rating and on May 28 Fitch did the same. The spread between Spanish government bonds and euro zone benchmark bunds hit a record high of 238 basis points in June, way up on the 75 bps level seen in April.

The sell-off of Spanish debt in sympathy with Greek asset moves — even though Spain is seen as a much lower risk — has raised the country’s borrowing costs.

-Spain has had no difficulties so far in placing debt, but yields have risen to well over 4 percent in recent auctions, from comfortably under 3 percent in March. In July 24 billion euros of debt will mature.

-Will growth undershoot the government’s forecasts?

-The government is due to restart talks under the Toledo Pact toward a pension reform by the summer. While no immediate threat is seen to the pensions system the government says an aging population will force it to increase contributions to the social security system and attempt to increase the working age.

Union workers protesting austerity pay cuts forced the Madrid metro system to shut down on June 29 and unions have called a general strike in September to protest austerity and the labor reform, which they say will make it easier for companies to fire staff.
It is not yet clear how widespread the general strike will be and whether the unions, which
represent only 16 percent of the work force, will win widespread public support.

-Markets could punish Spanish debt further should amendments from opposition parties to the labor reform due in coming weeks not seem strong enough. Economists say the labor reform failed to tackle the key issue of collective bargaining, whereby companies are forced to make agreements on wages and labor conditions for large companies or entire sectors.

-Union protests. The general strike is set for September 29, coinciding with other protests throughout Europe, and could be a key test for the depth of feeling against austerity plans.
A public sector strike on June 8 to protest against austerity did not attract the heavy support expected by unions.

The number of unemployed rose to 20.5 percent in the first quarter while the government expects it to average 19 percent this year. Youth unemployment in Spain stood at 40.3 percent in April, according to the European Commission.

-Any significant rise in the jobless above 20 percent will force the government to spend more on unemployment benefits, reduce consumer spending and make it harder for the government to push through further austerity measures. This could hit bond prices and push up credit default swaps.

Two small regional savings bank have failed during Spain’s financial crisis, but the second one — when the Bank of Spain took control of CajaSur May 22 — was seen as a warning to other lenders to speed up the sector’s long-awaited consolidation.

About 38 of Spain’s 45 savings banks, including the top two La Caixa and Caja Madrid, are now in merger talks aimed at halving the total number of small lenders.

The savings banks, which are largely unlisted and have close links to regional governments, have invested heavily in the property boom and in property developers and have seen their asset quality deteriorate rapidly.

Many of those involved in consolidation have taken advantage of a government fund set up last June to enable healthy banks to take over struggling banks.

So far the banks are known to have requested 11 billion euros from the fund which has an initial capital of 9 billion euros, extendible to up to 90 billion euros.

Analysts estimates over how much is needed to plug the bad loans hole range from 17-40 billion euros.

The Bank of Spain plans to dispel any doubts about the country’s banking system when it publishes stress tests for the majority of banks including cajas. The Spanish led an initiative for the EU to publish stress tests and they are due out in the final weeks of July.