Separatism threatens the future of Spain

Canadian regional elections seldom set the international pulse racing but this week’s victory in Quebec of the separatist Parti Québécois was closely watched in Spain, now facing a revival of Basque and Catalan independence demands. These, in turn, are being carefully monitored by the Scottish National Party, committed to a referendum in 2014 on Scotland’s future relationship with the UK.
By then, the die may be cast in Spain, where separatism has stormed on to the agenda amid the worst crisis of the post-Franco, democratic era. Alongside the eurozone crisis and Spain’s worsening public finances and chronic lack of economic growth and jobs, Madrid looks to be sleepwalking into a constitutional crisis that could lead to the break-up of Spain.

Next Tuesday, Catalans celebrate their national day, or Diada, in a year when the clamour for independence for the first time commands the support of more than half the population – including figures such as Jordi Pujol, the mainstream nationalist who ran the restored Catalan autonomous government from 1980 to 2003, and Pep Guardiola, the former manager of Barcelona’s football team.
Next month, Basques go to the polls with the separatist Bildu coalition going head-to-head with the mainstream Basque Nationalist Party (PNV). After a decade-long ban for links to Eta, the separatist group that recently ended its 50-year campaign of violence, political separatists won more seats than the PNV in municipal and general elections last year. Separatism has gone mainstream, in a Spanish state being shaken to its foundations.
Devolution has been a cornerstone of Spain’s democracy. But self-government was awarded to all regions in order to disguise the restoration of historic rights to Catalans and Basques, peoples with a deep sense of nation, culture and language that Franco’s dictatorship sought to expunge. For rightwing Spanish nationalists, this dilution of the indissoluble unity of Spain remains anathema. The centre-right government of Mariano Rajoy evidently aims to use the present financial crisis not just to shrink the state but to recentralise it.
Using as its pretext the fiscal incontinence of several regions, it is threatening to take over their governments unless they adhere to unfeasibly tight budget targets. At the same time it is strengthening provincial institutions (diputaciones) that in most areas should have been superseded by regional government but instead became vehicles for clientelism and party patronage.
Financing of regional government is ultimately at the discretion of Madrid, except in the Basque case – the conspicuous success of Spain’s hybrid, quasi-federalism. The Basque Country and adjoining Navarre collect their own taxes. The Basque government’s debt and deficit is manageable (its credit rating is better than Spain’s); its investment, from education to R&D, is high quality. That is what the Catalan government now says it wants.
It currently transfers to Madrid up to 10 times more than the Basques on a per-capita basis. If it had a Basque tax regime it would have Basque finances, it says, instead of having to go cap-in-hand to Madrid for help with its debts and payroll – to be rescued, in effect, with what it regards as its own money.
The genteel nationalists who run the Catalan government are in a quandary. The Rajoy government is ideologically opposed to any extension of fiscal federalism. But any government in Madrid will need the Catalan subsidy to meet the health and pension liabilities of an ageing population. The conditions attached to Madrid’s rescue money, moreover, imply a loss of self-government, just as EU bailouts dilute national sovereignty.
Catalonia is thus the new frontline in Spain’s eternal battle to fashion a home for its plurinational peoples. The Diada demonstrations next week look set to be massive and massively separatist. Not just the Scots (or the Québécois or, indeed, the Flemish) will be watching, but the Basques – whose separatists now see the intransigent Rajoy government as an invaluable ally for their cause.
But Basque self-government has, on balance, been recognised by Basques – including, begrudgingly, separatists – as a success. To keep the Catalans inside Spain, Madrid would need to offer them a similar deal. That looks most unlikely. [ .. ] Financial Times, 6 / 7 septiembre 2012. David Gardner, Separatism threatens the future of Spain. 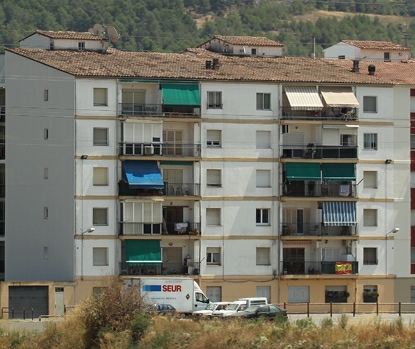 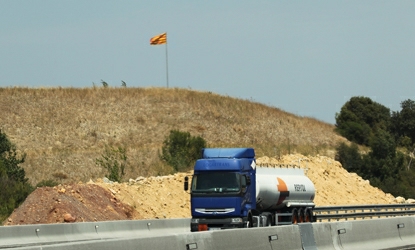