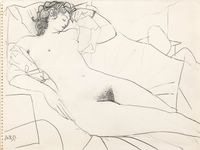 By Leslie Crawford
A severe drought in Spain, the worst since records began in 1947, is playing havoc with livelihoods, sparking forest fires and threatening millions of tourists with water rationing as they head for the beaches this summer.
Worse yet, 2005 is unlikely to be a freak year. Spain is getting hotter and drier, with average temperatures rising by 1°C since 1960. The European Environment Agency estimates that average temperatures will rise by a further 4°C over the next century.
Winters are now so mild that storks have stopped their annual migration to north Africa. Scientists are witnessing desertification many estimate that up to one third of the country may be a desert within 50 years.
Official figures show that two thirds of the country is now affected by severe drought, with areas around Valencia, Andalusia and Catalonia, where populations more than double during the summer months, among the worst hit. Farmers and town councils in these areas are already fighting over the allocation of scarce water.
Agricultural losses are estimated at €1.6bn ($1.9bn), with much of the olive crop in Jaen, Andalusia, the principal olive-growing area, given up for lost. Catalonia has slapped restrictions on water for irrigation and industrial use in the hope of forestalling broader rationing during the dry summer months.
“We desperately need rain before October,” says Jaume Solá, Catalonia’s regional environment minister.
The drought has been exacerbated by Spain’s construction boom, which saw a record 700,000 new homes built last year about half of them on the coast.
But the frenzy of building in one of the driest regions of Europe has severely challenged the ability of town planners to provide basic services such as running water.
In the provinces of Alicante and Murcia, on the Mediterranean coast, the regional water authority has asked councils to delay water connections to new tourist developments until after the summer.
The World Wildlife Fund estimates there are 10,000 illegal wells in the Costa del Sol, many of which supply tourist developments and are accelerating the depletion of water resources.
“Spain is abusing the sustainable limits of tourism development,” says Chuck Svoboda, a former Canadian diplomat who leads Abusos Urban´sticos No, a campaign group that is fighting corruption in real estate development on the coast. But the building boom shows no sign of slowing despite the lack of water. The Júcar water authority, which supplies Valencia’s 4.5m residents, estimates 1m new homes will be built in Valencia over the next decade. In addition, it says town councils have approved the construction of 67 new, water-needy golf courses in the region, bringing the total to 69.
Rafael Blasco, Valencia’s regional housing minister, describes golf resorts as a “new kind of agriculture”. He wants the European Union to allocate farming aid to them and dismisses talk about development being overdone.
Cristina Narbona, Spain’s environment minister, says the drought has put the spotlight on the country’s farmers, who account for four-fifths of water consumption in Spain. Ms Narbona says fewer than 10 per cent of farmers use efficient irrigation methods. “The remaining 90 per cent still resort to flooding their fields, an incredibly wasteful practice that needs to be eradicated,” Ms Narbona says.
Ms Narbona has secured a €370m budget to fight the drought with desalination plants, more water recycling and the drilling of new wells in the worst hit regions. The risible price Spaniards pay for their water 30 times lower than the European average remains a taboo subject.
Earlier this year, Spain’s agriculture ministry shot down a plan drafted by Ms Narbona’s department that would have imposed punitive water rates on farmers who waste water.
Tourist resorts and golf courses, with their heavy water consumption, would also have had to pay 15 times more for their water than the average Spanish household.
Without cost incentives to reduce consumption, Ms Narbona can do little more than issue new appeals to save water.