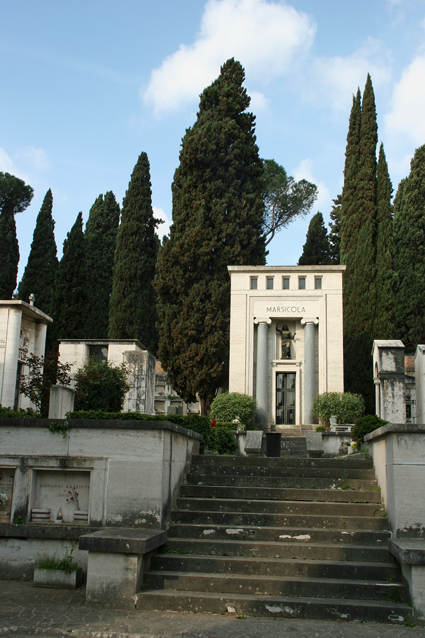 Now, Islam is shaping up as a key issue for the 115 cardinals selecting the new pope. But it is a complicated and delicate one. On Islam, experts say, it is less a matter of absolutely opposing camps than of shades and emphasis, with nonetheless major consequences. Much of it revolves around two questions: How great a danger does Islam present to Christianity? And how useful is it to continue, in the same way, John Paul’s policy of dialogue?

Others speak of the need for Muslims in Europe to integrate better or even to become more secular.

Church experts say Islam remains pressing since it intersects centrally with other major issues facing the church: increasing secularism in Europe, contrasting with the revival of religion in the Islamic world; relations with other religions, a top priority for John Paul; and the rising number of Muslim immigrants in Europe. The dwindling number of Christians in the Middle East is also a major concern.
.
John Paul reached out to Muslims like no other pope: He was the first on record to step inside a mosque, in Damascus in 2001, and issued an apology for past misdeeds of the church that many have read to include the Crusades. In scores of speeches to Muslims, he emphasized not arcane theological differences but similar beliefs.
.
In Morocco in 1986 he said, “We believe in the same God, the only God, the living God, the God that creates worlds and brings its creatures to perfection.”

Renzo Guolo, an Italian author and expert on Islam in Europe, said that John Paul’s moral authority blocked a fuller discussion on Islam inside the church.
.
“The successor of the pope will have to confront this issue,” he said.
.
To some degree, the central figure in the debate – as with many other questions facing the church – is the influential Cardinal Joseph Ratzinger.

And inside the church, he represents a skeptical faction, one that sees the relationship between Christianity and Islam more in competition.

Last year, he said he personally opposed Turkey’s inclusion into the European Union, saying in an interview with Le Figaro that “Turkey has always represented a different continent, always in contrast with Europe.”

Cardinal Angelo Scola, the archbishop of Venice, considered a top Italian candidate to become pope, went so far as to publicly disagree with Ratzinger on one issue. In a recent interview, also with Le Figaro, he said that Turkey should not be ruled out as a member of the European Union.

“Just saying no doesn’t protect us from anything,” said Scola, 63. “A defensive attitude, often produced by fear, never pays.”

Cardinal Francis Arinze, 72, from Nigeria, was for 18 years the head of the Pontifical Council for Interreligious Dialogue, which directed John Paul’s broad efforts to reach out to other religions. As such, his views hew closely to John Paul’s, though of the possible candidates for pope, he has by far the most direct experience living with Muslims. Nigeria is roughly half Christian, half Muslim.

Like John Paul, he has often spoken of one specific rationale for reaching out to other faiths, Islam included: that believers, of whatever faith, have a duty to fight against a secularism that he says has sapped Christians of their spiritual strength.
.
“God can speak to us through other believers,” he told an interviewer several years ago.